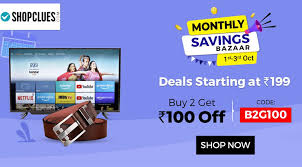 Where women are respected, Gods reside there, these are not your words and my words, but Vedas are words, yet this pole has been hovering over the truth for centuries instead of neglecting it. Looking towards the modern side of the subject, on one hand I am very happy to know that schemes like women empowerment, Ladli scheme, Beti-Bachao, Beti Padhao etc. are being implemented which proves that there are still high positions in the society. Intellectuals are seated who are working to give rights to Mahishi women who play a half role in the creation of the universe. They should also get their rights.

Why doesn't this simple thing come in their mind that half of their existence is shared by women and if they think a little more on this subject then they will also be able to know that if anything is missing anywhere in their personality If so, the only reason behind this is the violation of the rights of women associated with them. In today's developing country where the whole world is congratulating India on the success of Mangalyaan. At the same time a question arises whether India is moving ahead only in the technical field? Has progress been sluggish in the thinking mindset towards women? Even seeing the increasing imbalance of sex ratio, our eyes do not open. For the last 14 years, only girls have been toppers in CBSE board examinations.

Even the world famous psychologist Sigmund Freud has proved through his experiments that women are more hardworking, patient, non-violent and honest than men and all these qualities prove to be a milestone in the path of progress. Even after knowing all this, how can we treat women inhumanly? Is such an act not synonymous with bestiality?

Now it is necessary that we look at those countries which are developed and will find that there is one thing common in all developed countries that women are given equal rights as men. Perhaps there are some such reasons due to which our Honorable Prime Minister Shri Narendra Damodar Modi ji has started the Beti Bachao, Beti Padhao campaign on 22nd January 2015.

The country of India was known for its mythological culture as well as the respect and respect of women. But according to the changing times, the thinking of the people of our country has also changed.

How has the thinking of the people changed that day to day cases like female feticide and rape are being seen in the country. Due to which all of our country has become so bad that people from other countries hesitate to come to our country.

The people of our country have together adopted a male dominated policy in our country, due to which the condition of the daughters of the country has become seriously worse. They are being discriminated against and not given proper education.

Due to which she has lagged behind in every field. Their voices have been suppressed to such an extent that they are not even given the freedom to step out of the house. Regarding this serious issue, the Prime Minister of our country Shri Narendra Modi started a new scheme named Beti Bachao Beti Padhao.

According to this scheme, proper arrangements have been made for the education of daughters and to change the thinking of the people, it is being propagated from place to place so that people do not discriminate between daughters and daughters in any way

To educate and save girls all over India, Prime Minister Narendra Modi started a scheme for girls named Beti Bachao-Beti Padhao. It started on 22 January 2015, Thursday at Panipat, Haryana. In the whole country, the sex ratio in Haryana is 775 girls per 1000 boys, which shows the pathetic condition of daughters, that is why it started from the state of Haryana. To improve the condition of girls, it has been implemented effectively in 100 districts of the whole country, due to lowest sex ratio, 12 districts of Haryana (Ambala, Kurukshetra, Rewari, Bhiwani, Mahendragan, Sonipat, Jhajjar) , Rohtak, Karnal, Yamuna Nagar, Panipat and Kaithal) were selected

To improve the condition of girls and give importance to them, Haryana government celebrates a program named 'Beti ki Lohri' on 14th January. The objective of this scheme is to make girls socially and economically independent so that they can exercise their due rights and higher education. It helps in spreading awareness among the general public as well as will increase the efficiency of public welfare services given to women. If we look at the Census Report of 2011, we will find that there is a steady decline in the number of girls in the age group of 0 to 6 years since the last few decades. There has been a huge reduction in the number of girls due to the killing of female foetus in the womb itself after knowing the gender by modern diagnostic instruments in hospitals. This evil practice came into existence because of gender discrimination in the society.

Even after birth, girls have to go through many types of discrimination like education, health, security, food, rights etc. There are other needs which girls should also get. We can say that instead of empowering women, women are being disabled. empower women